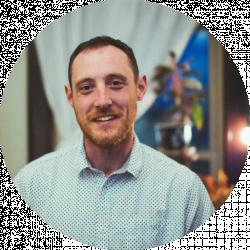 Alex Decato-Roed
Alex is a content writer who enjoys the world of GTA. He has been playing video games since he was a young. He still plays GTA with his younger brother and friends. He finds the GTA series interesting as it shows you a world game with endless freedom. Even so, he plays through side quests and missions. Aside from GTA, he plays Rocket League or Call of Duty.

Using a parachute in GTA V gives you the opportunity to view the breathtaking natural and urban scenery of Los Santos, travel quickly, and base jump or skydive, which may be something you–like myself– will never do in real life.

How to Use a Parachute in GTA V and GTA Online

Parachuting is a reasonably new addition to GTA and was first introduced in Grand Theft Auto: San Andreas. But it wasn’t until GTA V that parachuting mechanics became more realistic. Here is how to use the parachute on PS4, Xbox, and PC:

A parachute or helicopter will be at the marker when you arrive. The helicopters or parachutes, which start the missions, are usually clearly visible, except for a few missions where the parachute can be hard to see. A few of these missions require you to reach the top of tall buildings, but most are on ground level.

Once you find the helicopter or parachute, an on-screen prompt will ask if you want to start the parachuting mission. Often the helicopter will bring you to the appropriate altitude or top of a building.

Most in-game parachuting missions require you to open the parachute early as you guide your character through markers to a landing target. If you complete the challenge, you earn a cash reward based on how many checkpoints you hit and the accuracy of your landing.

Although the GTA V parachute missions are located at some highest spots in Los Santos and are worth the attempt, GTA V has numerous other tall buildings, cliffs, bridges, and peaks on Mount Chiliad, Gordo, San Chanski, and Josiah for players to parachute from.

You can also use–or steal– an aircraft and fly as high as you’d like before jumping and plummeting back to earth. These are some of the best areas to parachute in GTA V and GTA Online:

This list of locations around Los Santos can be helpful if you’re looking for other areas with high peaks, buildings, and ravines.

You can find parachute missions in GTA Online in the Quick Job menu under activities. But these missions are unavailable until you visit Lester’s house, after which Dom calls you, allowing you to host and join parachuting challenges against up to eight players.

Players jump from Maverick helicopters in competitions similar to the Dom parachuting missions in single-player–but beware, you fly faster, the checkpoints are closer to each other, and landings are more complex. Whichever player gets the most points from checkpoints and landing wins the competition and is rewarded in cash–which increases based on the size of the bet you place.

More missions become available as you level up in GTA Online, and once you reach level 11, the parachute becomes available at Ammu-Nation.

Free-fall parachuting challenges will also appear frequently in GTA Online. The challenge has players attempting to open their parachutes at the last minute, with planes and helicopters spawning if the challenge is active, allowing everyone the ability to jump from extreme heights. Whichever three players free-fall the longest distance before opening wins cash and RP.

Rockstar added more parachute styles and missions with the “Flight School Update” to GTA V and GTA Online. The update, released in 2014, offers four new aircraft, two new vehicles, and 10 single-player missions and can be accessed at Los Santos International.

Although most of the flight school missions test your aviation skills, it offers one single-player parachuting mission where you free-fall and chase a parachute in the air and attempt to land on the target location safely.

When playing online, there are four other parachute missions that you can do with up to eight players. However, these challenges aren’t available until you reach levels 11, 20, and 25.

How to Use a Parachute in GTA 5: FAQs

Question: Do I need to purchase a parachute before missions that require one?

Answer: No, most in-game and parachuting missions or challenges will equip you with a parachute. If you’re not doing one of the missions and jumping from a plane, helicopter, or building, you must buy a parachute beforehand.

Question: What happens if I shoot the Maverick pilot who starts the parachute missions?

Answer: If you steal the Maverick or shoot the pilot, all parachute missions become unavailable and the markers disappear until the next time you log on to GTA V.

Question: How do I use the reserve parachute in GTA V?