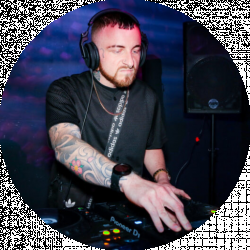 Jesse Alexander
Jesse is a content writer and avid gamer. He has been playing the GTA series for a long time. Gaming is his first love and biggest passion. To this day, he can still be found going around the GTA world. He is yet to complete the game, and checks replays of GTA Vice City and San Andreas. When he is not in the GTA world, he can be found playing Halo Infinite, Witcher 3, or Call of Duty Black Ops.

The Grand Theft Auto franchise has been captivating gamers and causing controversy since its inception back on the original Playstation.

However, it wasn’t until the third entry that GTA mania took over gamers and the media alike. Rockstar created the first true open-world sandbox that encouraged player exploration and let players go at their own pace and do whatever they wanted between missions.

Rockstar went out of its way to promote said exploration, creating a rich and detailed universe and satirizing real-life institutions, people, and businesses. Much like South Park, nothing is immune to Rockstar’s unique treatment.

One of the most consistent elements of their universe is that of Cluckin’ Bell. Cluckin’ Bell takes the ridiculous uniforms of Hot Dog on a Stick, throws in the value-seeking prices of Taco Bell, shoves it inside a KFC fried chicken, and peppers it with elements of Chik-Fil-A and Cluck-U Chicken.

The result creates something that fits seamlessly into the unique world Rockstar has developed and has enough real-world aspects to connect to gamers of all stripes.

More than just a place to spend money to boost your health, Cluckin’ Bell is a significant part of the Grand Theft Auto universes lore. It is a common thread enjoyed by various protagonists and a business with real in-game consequences depending on what events unfold.

It’s a core aspect of the first-class world-building that Rockstar remains steadfastly committed to.

Cluckin’ Bell has various levels of interactivity to it depending on which game you’re playing. In Grand Theft Auto: San Andreas, players can not only order food to restore needed vitality but also elect to rob it if low on cash. Enter the store and walk up to the cashier to order or rob. There will always be a highlighted glyph on the ground signaling that CJ can interact with something, and that’s your telltale cue.

If you approach the glyph and don’t have a weapon drawn, the screen will shift and the camera will focus on the cashier as you make your menu choices. The cashiers make various comments ranging from “I hope you choke-a-doodle-do” to “if you come back, you’re a moron” but sometimes will respond in a friendlier fashion.

If you felt you were treated rudely, you can also choose to order too much food, which CJ will then throw up, much to the employee’s disgust.

To initiate a robbery, approach the cashier with a gun drawn and aim it at them. Aiming a weapon will cause the employee to put their hands up, and the theft initiates. The amount of money received varies and can be as low as $20 to something in the triple digits.

Either way, you must be fast as you will receive a wanted star, and if you pull the trigger, that will only put more heat on you. Continuing to hold up the staff or attacking them will increase your wanted level. To ensure success, you want to leave as soon as you get the money.

In Mission #5, “The Drive-Thru,” you take your fellow Grove Street members to a Cluckin’ Bell, but you can only order by going inside during actual gameplay.

In both San Andreas and Grand Theft Auto 4, you can go on dates and take your dates to various places, including Cluckin’ Bell! Denise from the former is especially fond of it, while most of the remaining girlfriends would rather go to more formal restaurants or diners.

The rest prefer other eateries. While Niko can investigate a Cluckin’ Bell far more than CJ could, such as exploring the bathrooms or the food prep areas, his options to rob it are much more limited. Most of the robberies in GTA 4 occur at laundromats or internet cafes.

In Grand Theft Auto 5 and Online, you cannot rob Cluckin’ Bell because the locations are not accessible. But you do get to wreak havoc on their farm and factory during a required mission in the single-player campaign and can visit it anytime you’d like.

You can also purchase stocks in the company if you desire. If playing on PC, there are a lot of different mods that can include such features as robbing Cluckin’ Bell trucks or even being able to enter the location and order food.

Initially founded in 1982 in the fictional state of San Andreas, Cluckin’ Bell doesn’t appear in the third entry or its sequel Vice City due to the geopolitical nature of business. The company, more of a West Coast type of thing, soared to success with various locations in Los Santos, San Fierro, and Las Venturas.

The franchise also had lawsuits in the state of Ohio and one in Mexico that ended with the untimely death of the judge. The influence of Cluckin’ Bell stretches far beyond the courtroom and gossip halls. They sponsor the aptly named “Beat the Cock” marathons throughout San Andreas.

When playing GTA: San Andreas, players can order from their menu to restore health, but like any food outlet within the game, overeating can cause CJ to gain weight and alter his appearance and the way the world responds to him. The menu is as follows:

*Denotes higher price within Las Venturas. Based on Las Vegas, it would make sense for a business to inflate prices in areas that primarily generate tourist revenue.

There are several locations for players to visit in San Andreas, with storefronts in all three major cities and the rural part of the state. The sites are as follows:

In Grand Theft Auto: Liberty City Stories, players can find billboards for the beloved franchise advertising their 99-cent Fowl Wrap, but there are no actual locations for players to see.

In Grand Theft Auto: Chinatown Wars, players can see Cluckin’ Bell trucks on the street, but the locations peppered throughout the map are not accessible. Smaller storage space on the PSP UMD disks and the Nintendo DS cartridges can most likely determine the lack of interactivity.

Sadly players wouldn’t be able to interact with and order from a Cluckin’ Bell until Grand Theft Auto 4 was released for the PC, Playstation 3, and Xbox 360. However, it’s not all doom and gloom.

A Chicken costume is unlockable in Liberty City Stories that allows players to live out their Cluck Norris fantasy. With the custom soundtrack option on the PSP release of LCS, you could put one of the irresistibly catchy Cluckin’ Bell radio commercials into your soundtrack.

When Grand Theft Auto 4 graced store shelves in April of 2008, Rockstar filled players to the brim with excitement. Hungry for a next-generation approach to the series Rockstar met the moment.

Delivering a gritty and well-done tale of the American Dream as seen through the lens of an Eastern European immigrant. Niko Bellic’s journey throughout Liberty City is filled with fan service, detail, and all the comedy that fans of the series had come to expect.

Rockstar made the story even bigger thanks to the excellent additions of the Lost and the Damned and The Ballad of Gay Tony DLCs.

Thankfully, Rockstar was kind enough to bless us with not one but four locations, two of which are fully accessible. The locations are as follows:

Thankfully with the increased processing power and storage space of HD consoles, Rockstar made the restaurant far more detailed than it ever was in San Andreas. Players can explore the bathrooms and hunt for the figurines of Cluckin’ Bells mascot Cluck Norris hidden throughout it.

Unfortunately, the menu in Grand Theft Auto 4 is smaller than it was in its predecessor, with players only being able to order the Fowl Burger for $1, but it fully restores your health, and Niko cannot gain weight as CJ could.

At least players can download a custom Cluckin’ Burger theme for their phones, though, so the love is still there.

Despite only having one menu item to order and enjoy, Rockstar did create a full menu that can be seen in the background when ordering. That menu is as follows:

Strangely enough, the price for the Fowlburger on the menu is $5, but players only pay $1 for it in-game. They must like Niko! Even odder is that detailed models exist for several menu items, yet they are cast aside as background details or things for NPCs versus the player.

Perhaps if Rockstar had more time or more familiarity with the hardware, they would have been able to expand the menu and bring it all to life?

Cluckin’ Bell returned in 2013s GTA 5 and GTA Online, but sadly, the locations are not accessible to the player as of now. You may see trucks passing through drive-through sites, but alas, Franklin, Trevor, and Michael cannot enjoy the fried goodness for themselves.

However, unlike in previous games, you get a behind-the-scenes look at the franchise and can even purchase its stock.

While playing the mission, “The Paleto Score,” players will sneak into a warehouse, and in the aftermath of a colossal shootout and property damage, the stocks for Cluckin’ Bell will sink by a third of their value.

However, upon completing a later mission, the stock value will increase by two-thirds, making it a wise investment for players pursuing the story content. For players trying to see the Cluck in the wild, the locations are listed below:

While it is unfortunate that everyone’s favorite fictional chicken franchise isn’t accessible to players in the fifth installment, there is hope in the form of a mysterious tease.

Ned Luke, the voice actor for GTA 5 protagonist Michael De Santa recently posted a video that featured him in a Cluckin’ Bell uniform and using the same voice he uses for Michael.

Potentially teasing the character and franchises return to Grand Theft Auto: Online. It very well could mean the return of the Cluck.

The Grand Theft Auto franchise is here to stay, and with each new entry, Rockstar gives us a more tangible feel into the universe they have created. Much like television mainstays The Simpsons or South Park, Grand Theft Auto maintains its relevancy by satirizing the real world and creating a playing field in which nothing is safe from their crosshairs.

To most players, Cluckin’ Bell will be nothing more than an easter egg or a joke for a quick laugh, but Rockstar does everything intentionally, and this fictional and fowl fast-food franchise is no exception. Every modern GTA game serves a dual purpose as an interactive time capsule for the world it takes place in.

Vice City captured the neon-colored decadence of the 1980s to a T. San Andreas captured California and Nevada at a time when Americans were restless after twelve years of one-party rule of the government. Grand Theft Auto 4 and 5 effortlessly encapsulate a New York City post 9/11 and a Los Angeles in the throws of the social media takeover we’re currently living in.

The world evolves throughout the games, and even something as seemingly minor as a fast-food chain grows with it. To fully invest oneself in the minor details is to better invest oneself in the big picture. That is precisely why Rockstar has made the fictional businesses of their world so detailed and compelling. If Cluckin’ Bell was real, what would you order?

I myself would be curious to try the Farmer’s Surprise if I was feeling adventurous or would stick to the classic Fowl Wrap for something cheap and portable. Ultimately, I’d do anything to get a Cluck Norris figurine.