Syed Arham
A computer geek at heart, Arham spends his day losing games in Dota 2, switching things up to GTA Online, where he can take out his frustrations with fast cars and guns aplenty, and when he's not gaming, he's usually writing guides for fellow gaming enthusiasts.

Sports cars have always been a staple of the Grant Theft Auto franchise as each game comes with fancier, faster, and flashier cars in this category. Grand Theft Auto V (including GTA Online) is the uncontested winner for introducing some of the hottest sports cars in the series. One such sports car that’s owned and loved by numerous players is the Dinka Jester Classic.

If you’re fascinated by the looks, design, and performance of the Dinka Jester Classic, you must have one in your garage! With that said, this Dinka Jester classic guide will help you decide whether this sports car is just the thing you’re looking for by breaking down its design aspects, performance, and custom modifications that can be installed in the game. So, without further ado, let’s start! 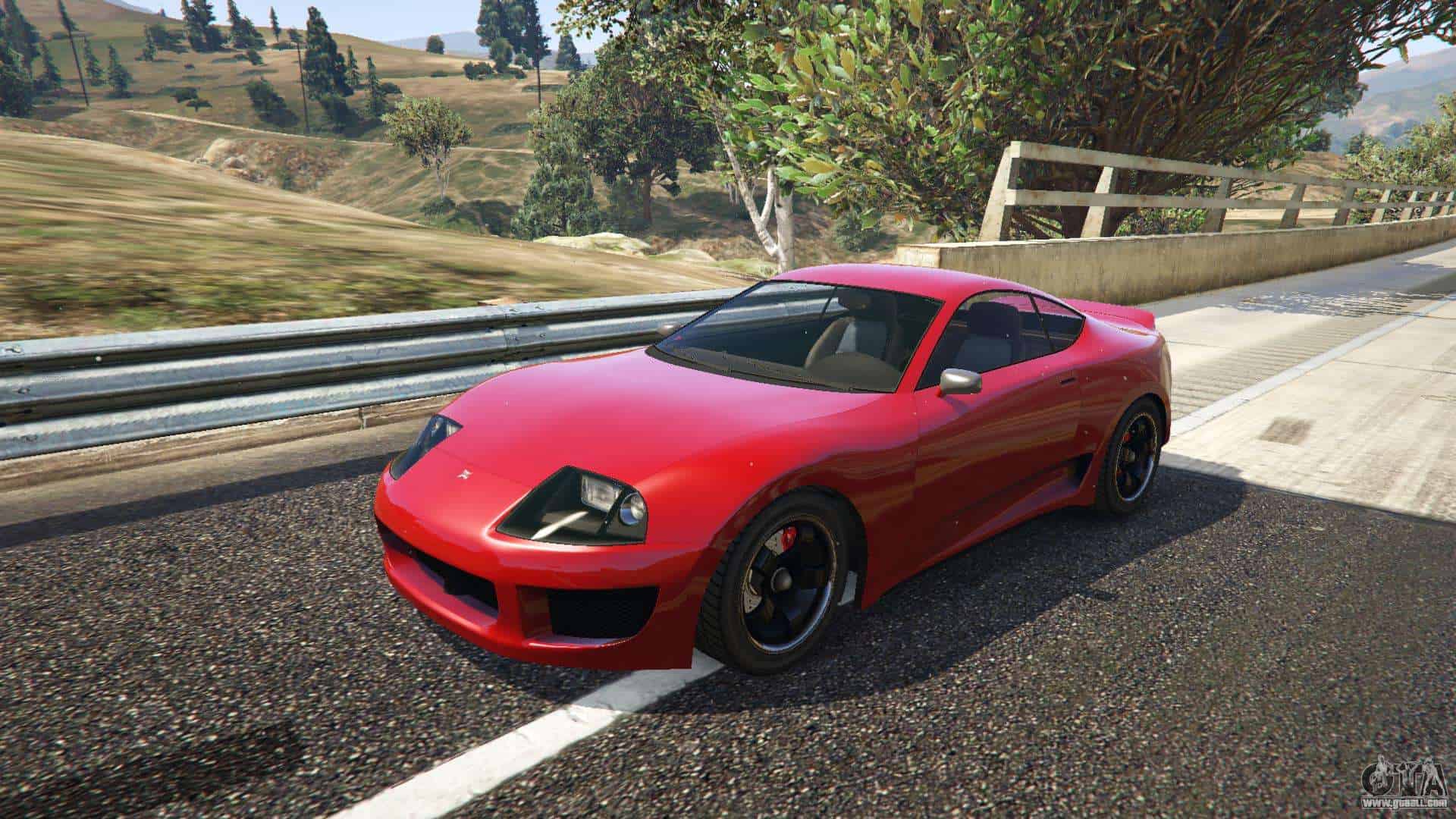 The Dinka Jester Classic is a two-seater sports car in GTA Online, added to the game during the 1.44 After Hours update back in 2018. It’s a fan-favorite vehicle, first introduced in GTA San Andreas, that made its resurgence in GTA Online. Unfortunately, this beast of a car is exclusive to GTA Online and can’t be acquired in GTA V Story Mode. This is a bummer for players who only play single-player or can’t play multiplayer due to the subscription paywall on console.

But is $790,000 a justifiable price for the Dinka Jester Classic? Absolutely! In fact, I would argue that it is a steal. This is primarily because there are numerous modifications you can install in the car to customize it according to your personal preference and taste.

That said, if you’re not content with its default look, the Dinka Jester Classic offers an astounding amount of modifications to be installed in your vehicle. However, before I discuss that, let’s take a look at the performance of this sports car.

While the Dinka Jester Classic excels in the top speed ratings within its price range, one aspect where it falls a little short is its acceleration. It takes about 5 seconds for the car to go from 0 to 60 mph, making it one of the slower-accelerating sports cars. With its compact body weighing 1,600 KG, this poor performance in acceleration is to be expected.

The Dinka Jester Classic may not have the best performance in acceleration among other sports cars, but its handling shouldn’t be taken lightly. It has an in-game handling score of 78/100, which is a solid rating given that it’s a budget-friendly vehicle. While I won’t exaggerate and call its handling buttery-smooth, it would still manage to surprise you both on-road and off-road.

Up next, let’s discuss the custom modifications of the Dinka Jester Classic, which is probably what every reader has been waiting for. The Dinka Jester Classic comes with numerous custom mods which can entirely change the look of the default car. As these mods in GTA Online are quite costly, read through them and decide which suits your car best!

Being a sports car, the Dinka Jester is quite beefy and can take a beating on the road. However, for the long-term sustainability of the car, installing upgraded armor is a must. I recommend going all the way up and getting your car’s 100% armor upgrade.

Trust me; you’ll thank me for this when you don’t have to deal with your car’s hood and doors falling off after hitting a few roadblocks.

Extra braking power is absolutely necessary for extra control on your sports cars, especially at top speeds. Therefore, I recommend going all in on Brakes upgrades as well and getting the Race Brakes. It is a costly investment, but it’s well worth your cash if you want to take full advantage of the Dinka Jester’s top speed.

The game grants you options to customize both the front and rear bumpers for this car. Despite numerous choices for the front bumpers, most don’t go well with the design of the Dinka Jester.

There are a couple of options for the rear bumper mods as well, with Carbon Rear Diffuser being my favorite due to the matte black paint details on the design.

There is an option to install a cage on the interior of the car by upgrading your chassis. There are many cage options, but frankly, all of them look downright horrendous with the Dinka Jester.

An option with a half-cage that doesn’t cover the entirety of the car would have worked decently, but no such choice is in the game. Therefore, I recommend saving a couple of bucks and passing up on the chassis upgrade.

When it comes to the engine upgrade, you should always go for the EMS Upgrade Level 4 to maximize the performance of your sports car.

It’s not even a debate to always get the maximum engine upgrade for each one of your sports and supercars, as the return on your investment is well worth the cost, no questions asked!

There are a couple of exhaust options for the Dinka Jester Classic, and you can opt for either of them, as all the options look astounding with the car. If you prefer a single exhaust pipe at the back, go for the Single Chrome Exhaust.

Personally, I am a sucker for the Dual Titanium Exhaust – aside from sounding very cool, it does a great job in further enhancing that aggressive street racing outlook.

Of course, as with any other car in the GTA Online mode, you can install explosives in the Dinka Jester Classic as well. Only in GTA do you get to drive a racing sports car with the ability to drop literal bombs on the road.

When it comes to explosives, you can choose between the Ignition Bomb or Remote Bomb, depending on your preference, or you can opt to skip this modification entirely and save your cash for aesthetic upgrades.

You can modify the headlight covers at the hood of the Dinka Jester Classic. However, the available options in the game feel lackluster and don’t complement the overall classy sports car look.

I recommend skipping them unless you’re deadset on getting all the upgrades, in which case Half Cut Eyelids seem like a decent enough choice.

To improve the rear of the Dinka Jester Classic, you can customize the Fenders of the car. Unfortunately, there are only two options you can choose from, Rear Spats and Bolt on Arches.

They both look pretty solid, but some people may be turned off by the black bolts on the rear, messing up with their color scheme. I think Rear Spats are an overall safer option.

For the hood, there are a couple of spicy choices to really ramp up the look of your car. If you’re a fan of the classic aggressive street racing look like me, then the Scooped Hood is just for you.

Otherwise, there are a bunch of great Carbon Hood options for you to choose from if you’re leaning toward the matte black appearance.

For the headlight, as is traditional in almost all of my custom car builds, I am going with the Xenon Lights. Driving your car during the night on the road of Los Santos with these blue Xenon Lights is truly a sight to behold, and when it comes at a meager cost of 7,500 dollars!

Now comes the real spicy stuff that I’m sure everyone has been waiting for: custom Liveries for the Dinka Jester Classic. Luckily, this car has numerous solid options that are visually stunning.

If you’re a fan of the Fast & Furious franchise, the 10-Minute Car Livery is just what you’re looking for. However, I went with the Atomic Drift because I wanted an aggressive street look on the Dinka Jester.

When it comes to the customization of the license plate on your car, you can choose any color contrast option that fits well with your aesthetic sense. As is customary in my car customization builds, I also went with the Yellow on Black with the Dinka Jester Classic.

There’s just a hidden charm to this particular color contrast that hits differently than anything else in the customization menu.

You can also customize the roof of the Dinka Jester Classic, which adds a roof scoop to your car. While there are only three options to choose from, they are each quite distinguishable in their own way.

If you went with a Carbon Hood, then I recommend adding a Carbon Roof Scoop to your car. Otherwise, a standard Roof Scoop works perfectly fine.

When it comes to skirts, I don’t think having one makes much of a difference in your car’s appearance. Any added skirt is barely noticeable, so I recommend keeping the stock skirts and saving your cash there.

However, if you do have some excess bucks to burn through, you can tweak between the Primary Lip Skirt and Carbon Lip Skirt options. I personally think Carbon Lip Skirt is a nice touch to the bottom of your car’s body.

As far as the spoiler customizations are concerned, the Dinka Jester Classic comes with a solid stock spoiler equipped. So, you can choose to skip this mod altogether.

However, if you still want to upgrade the aggressive street look of your car, you can’t go wrong with the Carbon Wing Type I spoiler.

I do think some of the later spoilers you see at the end of the modification menu are too big for the structure of the Dinka Jester, downgrading its look.

For the suspension of the car, since you want to build the Dinka Jester Classic as a street racing car, I recommend lowering it down all the way.

Therefore, getting the Race Suspension mod would significantly enhance your performance on the road during racing. No Suspension upgrades are required if the Dinka Jester Classic isn’t your primary street racing car.

As far as the transmission of the car is concerned, it would be best if you upgraded to the Race Transmission to enhance the street performance of the car significantly.

Although the Dinka Jester Classic has decent ratings when it comes to Acceleration and Handling, it still can’t compete with the high-end sports cars, which is where an upgraded transmission could offer its support.

For street racing, getting the Turbo Tuning upgrade is a no-brainer. I know that this mod is on the pricier side, but the value you get in exchange for 50k bucks is immeasurable. With the octane-fueled turbo boost installed in your car, you can accelerate the Dinka Jester Classic much quicker, giving you the much-needed edge during racing competitions.

Last but not least, getting windows made can truly strengthen and polish your car’s appearance. I always recommend going with the full-tinted Limo upgrade unless it contrasts poorly with the overall outlook of the car.

Even so, by experimenting with different mods and paint jobs, I can safely recommend the Limo being the best windows upgrade for the Dinka Jester Classic.

Question: How much is the Dinka Jester Classic?

Answer: The Dinka Jester Classic can be purchased from Legendary Motorsport for a total price of  $790,000.

Question: Is the Dinka Jester Classic worth it?

Answer: Given its overall solid ratings and low price in the sports car category, the Dinka Jester Classic is totally worth getting.

Question: Can you find the Dinka Jester Classic in GTA V Story Mode?

Answer: Unfortunately, the Dinka Jester Classic is only available in the GTA Online mode, and it can’t be obtained in GTA V Story Mode.

If you like this guide, do leave your thoughts and reviews in the comments section. And check out some of the other GTA vehicle guides on Grant Theft Fans.