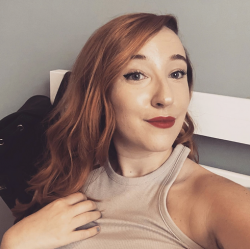 Grand Theft Auto V carries on Rockstar Game’s trend of having mysteries for players to solve, whether they are canon or fan-made theories. One of the more popular mysteries in GTA V is the murder of Leonora Johnson, a tragic event that still hasn’t been solved.

However, with new clues coming to light, can justice finally be brought to the killer in question?

Who Was Leonora Johnson?

Leonora Johnson was a film star who started her rise to fame during the early 70s. She was born on August 29, 1952, to father Harold and mother Ellen. In her late teens, Leonora left school and moved to Los Santos. Like most with the stars in their eyes, she dreamed of hitting the big time and starring in movies.

In 1973, she got her very first film credit in “Rum Runner”. Her performance was described by the Los Santos Shephard as “a pretty face to watch without perhaps much spark in the eyes”. She was next in contention to be the female lead in “The Many Wives of Alfredo Smith”. However, tragedy struck.

What Happened to Leonora?

On January 17, 1975, Leonora’s dismembered body was found at the Land Act Dam after an anonymous tip-off to the Los Santos Police Department. The way Leonora was murdered draws comparisons to the real-life murder of Elizabeth Short, who was posthumously dubbed the Black Dahlia.

Due to the lack of evidence, the murderer was not found and the case was closed shortly afterward. In-game, an anonymous person made a website called WhokilledLeonoraJohnson.com, detailing her life, the vents of her gruesome death, and who they believe the main culprit is.

On the website, the writer explains that now, all these years later, there’s been a big breakthrough in the case. In an interview, Ira Richards explains that his grandfather, David Richards, a now-deceased film producer, drunkenly told him that he was given a confession by the culprit. To destroy the evidence, he ripped it up into 50 pieces and dotted them all around Los Santos and Blaine County.

Finding the scraps means solving the case of Leonora’s murder once and for all. Here are the location of the 50 scraps found all over the GTA V map.

Who Was the Culprit?

Once all the letter scraps have been found, it makes a four-page letter and triggers a new Strangers and Freaks mission, “A Starlet in Vinewood”. Despite Michael, Trevor, and Franklin being able to collect the scraps, only Franklin can complete the mission.

The letter reveals that the murderer is Peter Dreyfuss, a film director. In the letter, he admits to the murder, saying is a ‘petit indiscretion’. He goes on to say that he had to kill her slowly and torture her as that would hurt him the most. Dreyfuss also states that he sends momentos from their ‘date’ to her family “just to prove how very much I understand suffering and how I can represent it best as an artist”.

Franklin locates Dreyfuss’ house and finds him meditating out back. At first, Dreyfuss thinks Franklin is there for a sexual encounter but Franklin whips out his phone and shows Dreyfuss a picture of Leonora, asking if he knows her. Dreyfuss is immediately spooked, calling for security as Franklin confronts him over the murder.

Dreyfuss tries to offer Franklin money but he refuses. Now knowing he’s in danger, Dreyfuss flees. You can either chase after him and kill him, or let him get away with his crimes.

Born in 1956, Jolene Cranley-Evans was the wife of John “Jock” Evans. The pair lived in Blaine County but Jock wished to move to Los Santos to pursue a career as a stuntman. In 1978, Jolene met her untimely death when she “fell” off the cliffs at the El Gordo Lighthouse.

It is believed Jock pushed her but in a statement from a newspaper clipping of The Senora Beacon, Jock says ” I’m heartbroken. I loved my wife. I would never throw her off a cliff, despite her desire to destroy my dreams of success and happiness.”

After the “accident” Jolene’s ghost can be seen at Mount Gordo, during the hours of 23:00 and 00:00. You can’t get too close though, overwise she vanishes. It’s best to use a rifle with a scope to spot her. Underneath her is a rock, which says “Jock”, written in what looks like blood.

Want to send Michael on a murder mystery? Well, this mission is the one to play! This is a special mission and can only be played by those players that upgraded from PS3 and Xbox 360 to the Enhanced version for PS4, Xbox One, and PC.

This mission doesn’t flag up on the map so you do have to hunt to find it. Around Los Santos is four messages, written on different buildings.

After all these clues have been found, the next step is to find the body of who the clues are referring. The main giveaway in the clues is that she was drowned, but where?

Head to the coastline to the west of Fort Zancudo. As you’ll need to reach the seabed, it’s best to travel there by submarine. Along the seabed, you’ll find the body of the woman. She has her hands tied behind her back, a bag over her head, and concrete blocks around her feet.

The next destination is Solomon’s office. While the marker won’t appear on the map, a yellow marker will show outside his office at Backlot City after 21:00.

On Solomon’s desk is a letter to David Richards from a Fred Quincy, founder of the Fred’s Pictures Film Studio. He admits to a further murder of a man named Isaac, an associate of Fred’s who wanted to make a film with a different studio, and details that Isaac is buried in a mine up in the hills.

It is also detailed that the woman out at sea could be someone that tried to blackmail Fred. He says “What choice did I have? To have some strumpet, good for nothing three dollar whore behind a type writer threaten me and my legacy!”.

After this, Michael can now go hunting for the body of Isaac, which can be found in the abandoned mine in Great Chaparral. The entrance is locked so it would need to be destroyed to enter. Explosives come in handy here!

Question: Are there any murder mysteries in other GTA titles?

Answer: GTA V seems to be the title that has tried to sneak in the most murder mysteries. Players can even find Easter eggs of a man dubbed “The Infinity Killer”, based on the real-life serial killer “The Zodiac Killer”. Fan theories believe a character named “Mr. Trenchcoat” in GTA: San Andreas, could be a serial killer but Rockstar has never proven this.

Question: Can you find Bigfoot in GTA V?

Answer: Bigfoot, or the Sasquatch to some players, is a popular myth across all GTA titles, and Rockstar has even carried on the myths to their Red Dead Series. In GTA V, once players have reached 100% completion, they’ll get a special mission called “The Last One”, which can be completed by Franklin.
Franklin comes across a hunter in Raton Canyon, who believes they’ve found Bigfoot. Franklin hunts it down, but it ends up being just a man dressed up as one. I wonder if they’ll put real Bigfoots in a future entry?

Question: What happens if you let Peter Dreyfuss live?

Answer: It is believed that it is canon for the player to choose to kill Dreyfuss. No matter what option you chose, there is a Weasel News radio segment saying that Dreyfuss has died. Maybe someone else decided to pick up the vigilant role?

And there we have it, you’ve now figured out who the culprit was and brought them to justice. It may be a long-winded mission to complete but it’s always nice to see some storylines reach the full circle.