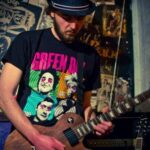 GTA 5 is one of the largest games in the series, with the map being based on Los Angeles, offering the most vibrant and lively locations to date. To pack Los Santos full of content, GTA 5 has over 70 missions to complete, which will take 20-30 hours to complete the main story.

If you want to finish everything that GTA 5 has to offer, you can expect to spend upwards of 80 hours to 100% complete the game.

And this is before you jump into GTA Online, the free online multiplayer mode that is part of the game. GTA Online offers hundreds of extra story missions and a nearly unlimited amount of content to participate in, which will keep you occupied for many years.

With GTA 6 being a couple of years away, now is the perfect time to jump into GTA 5, and this guide has everything you need to know.

While it doesn’t have the most story missions seen in a GTA game, it still has an incredibly impressive 79, the second-highest amount seen in the series.

If you want to play the game with the most missions on offer, GTA San Andreas has 100 missions. It also takes place in Los Santos, so the surroundings will be very familiar, with many locations appearing in both.

However, GTA 5 becomes the most expensive entry in the series due to its vast world packed with dozens of side missions and extra activities to participate in. It is easy to get lost in Los Santos and become part of this lively world.

How long is the GTA 5 Story?

GTA 5 is an incredibly long game, much like most of Rockstar Games’ open-world games. If you are focusing on completing the 69 main story missions, then you can expect it to take approximately 20-30 hours to complete.

Is the GTA 5 Story Linear or Open?

When completing missions in video games, you often see two different options. The first is more linear gameplay where you complete mission one, then mission two, etc.

The second is a more open approach, such as seen in the Elder Scrolls and Fallout series, where you meet various characters that give you missions to complete. Still, you are free to approach these in any order you choose.

GTA combines the two together but favors a more open approach. For most of the game, you can swap between Michael, Trevor, and Franklin freely, allowing you to complete missions at will. However, there are some instances in GTA 5 where all previous missions must be completed to allow for story progression.

There are also many side missions, such as the Strangers and Freaks, which can be completed anytime. This means you will always have something you can complete in the game if you want to stray from the beaten path.

Once you have completed GTA 5, GTA Online is where you should be heading next if you want more from the game. In GTA Online, you can create your own character and participate in many missions and activities as you build your empire alongside hundreds of thousands of other players.

Since the mode launched in 2013, there have been many updates to GTA Online, which have greatly expanded the game with new areas, buildings, music, and, most importantly, missions.

There are currently 155 new missions to play at the time of writing, with more likely coming before the release of GTA 6. Many characters return in GTA Online, including Trevor, Franklin, Lamar, and Lester, to continue where you left off after the end of GTA 5.

Answer: When looking at the size of the game and what is available to do, including missions, activities, and the map, GTA 5 is by far the largest game in the series. However, in terms of missions to complete, GTA San Andreas is the largest game, with over 100 missions.

Question: Which other GTA Games are Set in Los Santos?

Answer: The very first game allowed players to visit San Andreas, which is part of Los Santos. Still, with it being a top-down 2D game, it doesn’t have my resemblance to the Los Santos we know today. The only other game that has taken place in the location is GTA: San Andreas, which was first released in 2004.

Question: Will GTA 6 be Bigger than GTA 5?

Answer: As technology has advanced over the years, we have seen video games get much larger, with some taking over 100GB of storage space. Rockstar Games has taken full advantage of the capabilities of game consoles and PCs over the years, with 2017s Red Dead Redemption 2 being even more extensive than GTA 5.

With GTA 6 likely being released around 2024 or 2025, it will probably be Rockstar Games’ largest game to date as the developers continue to push the boundaries of what is possible.

GTA 5 is not a game to start unless you have considerable time to put into experiencing everything it offers. But you will be in for one of the most incredible video game experiences of all time; every gamer should complete this game at least once.