Syed Arham
A computer geek at heart, Arham spends his day losing games in Dota 2, switching things up to GTA Online, where he can take out his frustrations with fast cars and guns aplenty, and when he's not gaming, he's usually writing guides for fellow gaming enthusiasts.

Amongst these side quests, one of the wackiest are the Strangers and Freaks missions. As the name implies, these missions allow you to meet all the weird, messed-up GTA V characters scattered throughout the map of San Andreas.

What’s more, is that the game doesn’t really restrict you when it comes to what you can do with them – sure, you could go out of your way to help them, but you can also kill them if you’re in a bad mood. Nevertheless, these choices vary from NPC to NPC.

In this Ursula GTA V guide, we’re going to look at one of these Strangers and Freaks encounters, featuring Ursula, who is found near Mount Chiliad. I don’t want to keep you waiting, so let’s get right into it!

Ursula is a minor character in GTA V who appears in the second random hitchhiking event. Upon interacting with her for the first time, you will be able to tell right off the bat that she is not okay in the head. She’s quite mentally unstable, and the conversation you’ll eventually have with her will suggest that she didn’t have a very pleasant childhood.

Appearance-wise, Ursula is a woman of medium height with brown hair and brown eyes – quite generic. It’s not too far-fetched to say that her character model bears a striking resemblance to many of the NPCs that you meet across San Andreas.

She is often seen wearing a black tank top, baggy grey pants, and some brown hiking shoes, including in your first encounter as you pass by her on Calafia Way, where she’ll stick her thumb out to get your attention for a free ride. 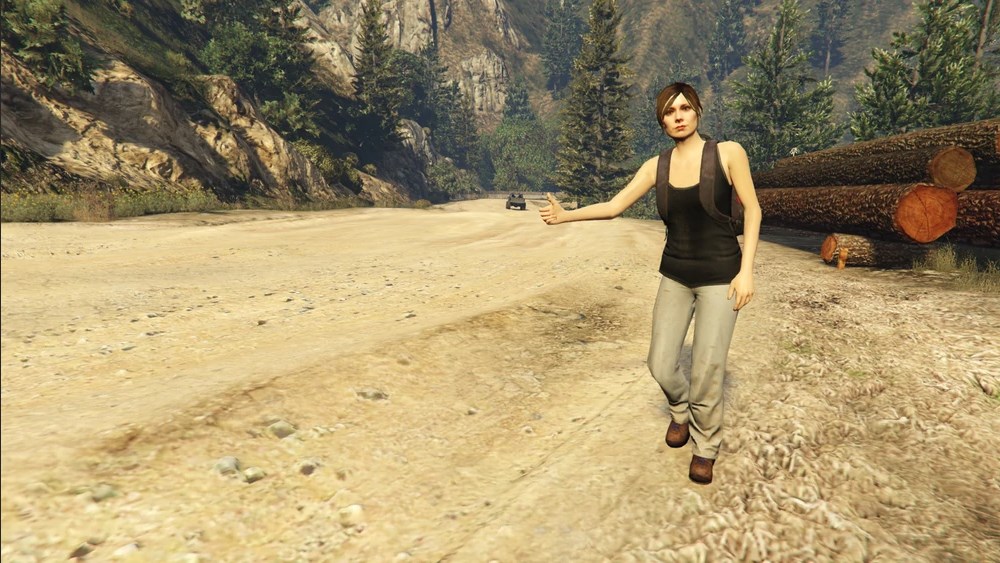 As mentioned before, Ursula experienced a rather traumatizing childhood, which you learn very little about as she doesn’t delve into much detail. For instance, she’ll state how her mother frankly tortured her as a child by locking her up in the basement. What’s even worse is that her mother often shaved her hair and forced her to dress up like a boy.

With that said, it is not beyond the realm of speculation to suggest that her mother most likely wanted a boy and took out the frustration of that depravity on none other than Ursula herself.

Fast-forwarding to her childhood, Ursula’s mother later died, and it is revealed that, despite the trauma, she keeps her mother’s memory intact by keeping a lock of hair in her backpack. Did she, despite everything, ultimately love her mother? Or is the Momento a result of a mental illness developed over the course of her horrible childhood? I strongly believe it is the latter, as is evident from her present behavior.

It’s widely speculated that Ursula is a tribute to Ursula from the Friends TV show, who also lost her mother from a young age. Ursula in the Friends TV show is similarly a bit freaky and also portrays the same sexual libido as her GTA counterpart.

Where to Find Ursula

Finding Ursula can be a bit hard, but not impossible. First, you have to make your way to the south side of Mount Chiliad, which is located to the north of the Alamo Sea. You’ll find a tunnel near her spawn location that links Grapeseed to Paleto Bay around a road with a really sharp turn. You’ll find Ursula somewhere around here. Do note that Ursula is found standing near a pile of logs, so be on the lookout for that landmark instead of Ursula’s character model itself.

One important thing to keep in mind when searching for her is that Ursula may or may not spawn at said location. Frankly, there is no specific requirement that you have to meet in order to get her to spawn – it’s all quite probabilistic. As such, I’d suggest playing as Trevor since there is a high probability of her spawning when Trevor moves to Los Santos in the main storyline. 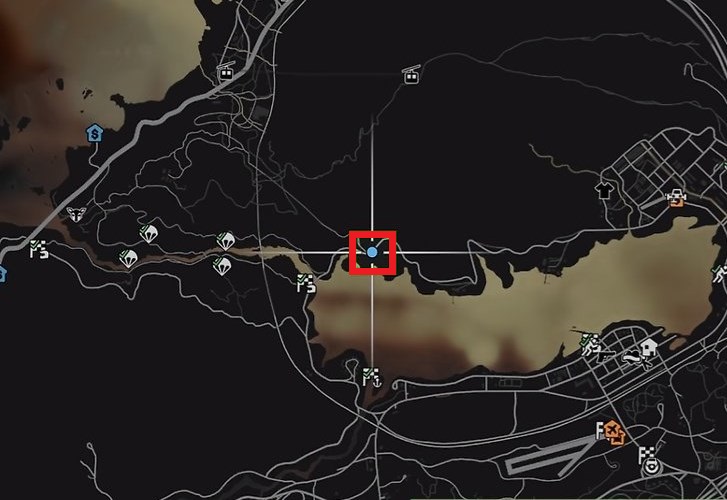 So what happens when you meet Ursula? Upon interacting with her, the first thing she’ll ask you is to drive her back to her home on El Gordo Drive. The conversation that pans out will be different, depending on whether you’re playing with Trevor or Franklin – yes, this means that no such interaction even takes place when playing with Micheal, so he’s out of the question!

If you’re playing as Franklin, the conversation will proceed quite morbidly. In a nutshell, Ursula’s weird set of dialogues will severely disturb Franklin. He, realizing that “her ass is crazy,” will avoid her for the rest of the trip.

On the other hand, if you’re playing as Trevor, he will also be noticeably bothered by Ursula’s behavior, stating that she’s really crazy on the drive. But as time passes, you’ll notice Trevor starting to warm up to Ursula and her behavior. It might be due to the fact that both Ursula and Trevor are considered unhinged.

As far as how the rest of the mission plays out, it’s frankly up to you what you want to do with Ursula.

Dropping Ursula Off at Her Home

Either as Franklin or Trevor, the first thing you can do is choose to drop Ursula off at her home in El Gordo drive. While this is a rather straightforward and simple choice, the mission will end here. But that’s not the end of your relationship with Ursula, as she is unlocked as a booty call after this.

Taking Her to the Altruists

Moreover, if you do choose to deliver Ursula to the Altruists, you’ll get a thousand-dollar reward. But what happens to Ursula after this? It’s quite unclear, and it’s speculated that the Altruists cannibalize upon the flesh of their victims – so yeah, think again before taking up this choice.

Of course, as is the case with most NPCs in GTA V, you can take the liberty of killing Ursula. Drown her with the car, shoot her, set her on fire, blow her up with a rocket launcher or rail gun, and attach a few sticky bombs to her. The possibilities are basically endless!

A hidden choice was discovered not too long ago in the course of Ursula’s mission. It’s not clear why it is what it is. Still, play the encounter as Trevor. You can take Ursula (or any other hitchhiker for that) over to your motor home, which is found on a barren lot at the Zancudo Avenue towards the North East of Sandy Shores. Astonishingly, doing this will cause Ursula (or any other hitchhiker for that) to freak out.

Afterward, there’s no living sign of Ursula, most likely implying that Trevor decided to tie them to an unfortunate fate. 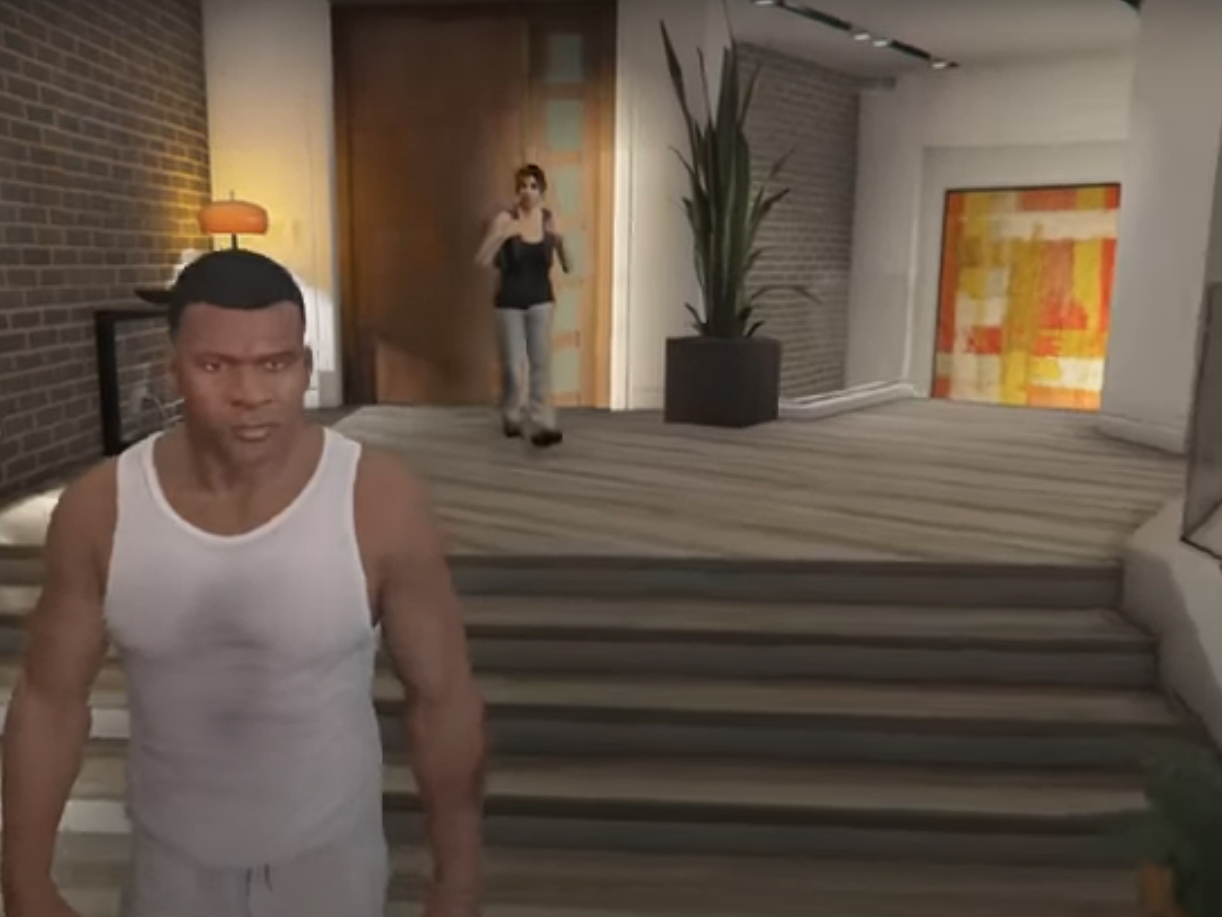 The Booty Call mechanic was initially featured in the Ballad of Gay Tony, and, considering how popular it was, it’s no surprise to see that it has made its way to GTA V.

In summary, the protagonists can engage in casual sex with a few girls, quite similar to the hot coffee mod in GTA: San Andreas, except that that caused a lot of controversies back then and was cut from the game.

Now, it’s a step in the right direction to see Rockstar embrace this mechanic and breathe some more realism into the world of GTA.

Ursula can be called for a booty call; upon doing so, she will change her location and wait for you outside the marina in Sandy Shores. Moreover, her appearance will be slightly different as she will be wearing a red backpack this time regardless; once you take her to her home, on the way, she will give your character (either Franklin or Trevor) oral sex. However, that’s not the end, for a few events follow after the booty call sequence.

For instance, you get a strange yet helpful bonus that makes it so much that any vehicle parked outside her home will be automatically repaired after the booty call. But more on Ursula; she will also send you a slew of inappropriate pictures proceeding every booty call like a topless tease, a picture of her pink panties, or a picture of her licking a fudge sickle.

Do bear in mind that if you ever mess up the booty call sequence, things quickly go south, as is the case with any such real-life relationship. Essentially, Ursula sends you a text that she wants to get hurt on her terms. The number becomes forever busy after that, permanently disabling her booty call functionality.

Calling Ursula before the Encounter

Ursula has a fixed number across any playthrough of the game. So while it is intended for you, the player, to obtain her number after having an encounter with her, what happens if you dig it up from google and give her a call without even having met her? Well, turns out this allows you to set up a booty call with her regardless. What’s more, is that you can also save her number this way and keep it on your phone list. 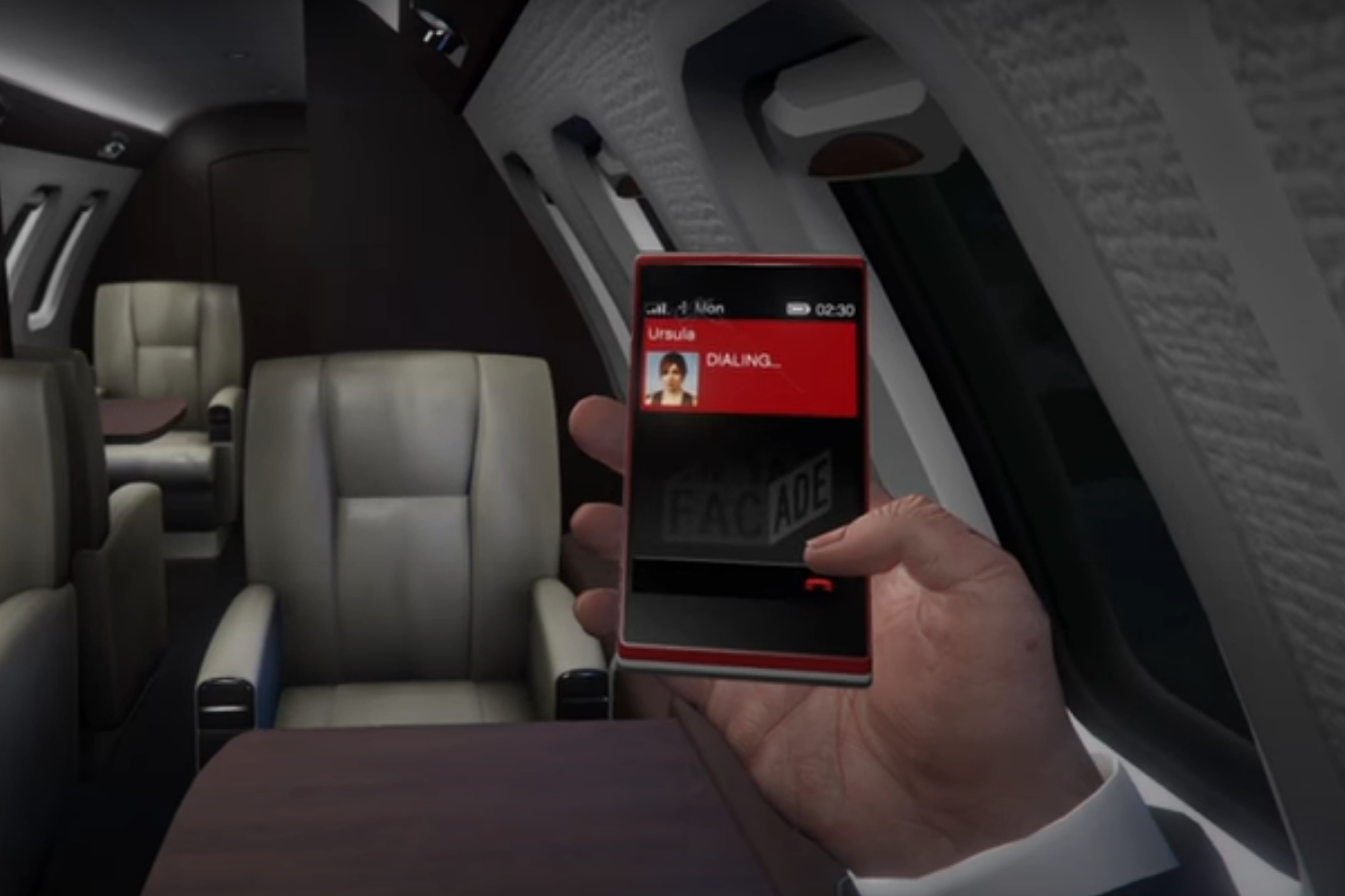 Question: Where can I find Ursula?

Answer: You can find Ursula as you drive along North Calafia Way, where you should spot her next to a pile of logs wearing a blank tank top and backpack. If you want a more general idea, she can be found to the south of Mount Chiliad near the Alamo Sea.

Question: What can you do with Ursula?

Answer: You can take Ursula to her home and get booty call sequences unlocked, or you can take her to the altruists and get a measly 1000 dollars as a reward. Last but not least, you can also take her to Trevor’s home and never see her again.

Answer: Yes, Ursula is definitely crazy. She talks about the abuse she received as a child and mentions that a few people around her met with unfortunate fates. Even worse, she seems to be even crazier than Trevor!

And that’s pretty much it for this guide. Make sure to check out more over at GrandTheftFans. We’ve got a plethora of guides waiting to help you out and make the most of your Grand Theft Auto Universe.

GTA V was released back in 2013, and to this date, players are discovering new things along the way, so the amount of content to discover is endless. If you’re too bored to find things on your own, we’re here to help you out. So make sure to check out our guides and play GTA V to your heart’s content.

Don’t know what to do with your car? Clueless about what customizations you can unlock for the vehicles? Which vehicle has the best customizations available? Well, we got all your answers cleared up in our Los Santos Customs guide! Pimp your rides to your heart’s content.

1997 was a great time to be alive as players got their hands on one of the most violent open-world sandbox video games to date. Players got to become a part of history as they experienced the first of the many GTA games that have been released to date. Get a taste of history by looking at our GTA 1 guide!

The Merryweather Heist features a plethora of options to choose from, which basically leaves players dumbfounded. You can find out what exactly happens, what benefits you can get, and how you can maximize your profits, and heck, even find alternate cutscenes by checking out our Merryweather Heist Guide!